Six Powerful Web Applications You Can Build with Node.js

Did you know Node Package Manager or npm is the largest software registry on the web? This is coming from a web technology that wasn’t available on until 2009. Node has built a strong and ever-growing community & ecosystem around itself. Stack Overflow’s developer survey for 2018 shows that Node and two of its frontend counterparts, React and Angular, are the most used technologies by developers and made many companies actively looking to hire Node.js developers. 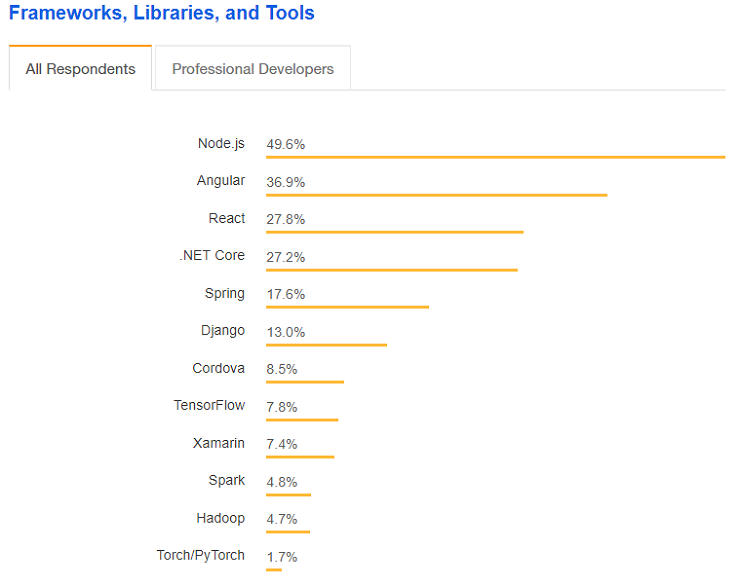 So what made Node.js so popular in such a small frame of time and why so many technology firms are talking about Node.js development services.

Well there are many benefits to Node over other backend technologies. The profound being its highly scalable architecture. I have already covered benefits and architecture of Node in the previous blog. In this blog, I will capture a few use-cases of web applications where Node finds the most relevance at.

Of course, real-time applications we interact with on a daily basis won’t be so many unless for Node’s scalable architecture.

Uber’s extravagant ambition to make transportation as reliable as running water is reminiscent of the vast amount of IT resources that powers it and a reliable backend technology that powers those servers called Node. It’s not just Uber, thousands of enterprise and tech startups are building a substantial part of their backend infrastructure in Node to make way for real-time applications. 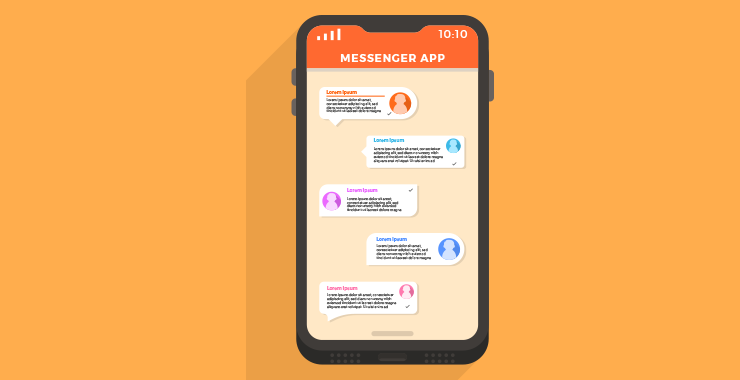 I mean they were still building real-time application before the time Node came. Those applications were inefficient and uneconomical because of higher resource utilization. When PayPal rebuilt one of their Java and Spring based applications using Node, this is what their blog cited.

“The node.js app was built almost twice as fast with fewer people, written in 33% fewer lines of code, constructed with 40% fewer files, processing double the requests per second, and measured 35% decrease in the average response time”

The technicalities how Node achieves this feat, you must refer my last blog on Node.js architecture. So next time you see an app updating data in real-time, think Node.js is behind it.

Because a Single Page Application has a single URL for all the instances; it needs a router to generate fresh URL for major instances. However, responses of, Angular Router for example, is in pure and; often, async JavaScript, which web search crawlers such as Bingbot and Googlebot can’t comprehend. 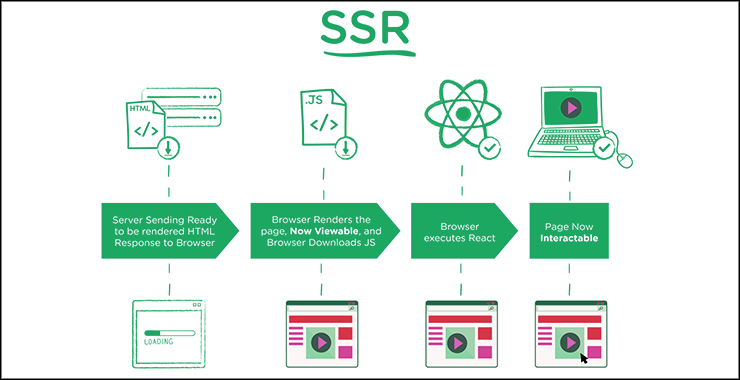 Therefore, web developers often have to rely on bringing Node.js developers to setup a Node server to enable server-side rendering on their SPAs. Since JavaScript is rendered server-side, web crawlers can crawl the instances of an SPA as they would pages on a dynamic website.

All major Node.js frameworks including Express and Koa support SSR.

If you’re using Rails, you would convert from JSON to binary models, then expose them back as JSON over the HTTP when the data is consumed by React.js, Angular.js, etc., or even plain jQuery AJAX calls.

When using Node, though, you expose your JSON documents with a REST API for the frontend to read. A JSON database returns query results that can be easily parsed, with little or no transformation, directly by JavaScript—reducing the amount of logic you need to build into your application layer.

MongoDB access is a blocking operation, which could be a bottleneck to your Angular application when working on the MEAN stack since Node can virtually handle millions of requests at a time. This fallacy causes great strides of discontent with overall working of an application that gets thousands of concurrent requests. 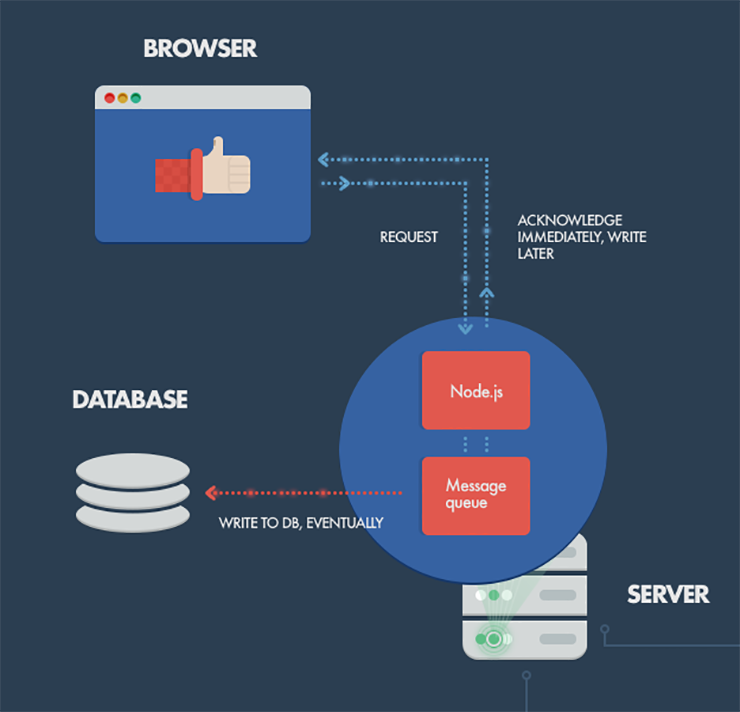 Node can turn out to be savior in those instances as it can accept the client’s request before the write operation on the MongoDB database. This approach is appropriate in applications where client doesn’t need instant confirmation on his actions leading to writes on the database. Node, in the meanwhile, can maintain system responsiveness under a large load.

Node.js is easily employed as a server-side proxy where it can handle a large amount of simultaneous connections in a non-blocking manner. It’s especially useful for proxying different services with different response times, or collecting data from multiple source points.

An example: consider a server-side application communicating with third-party resources, pulling in data from different sources, or storing assets like images and videos to third-party cloud services.

Although dedicated proxy servers do exist; using Node instead might be helpful if your proxying infrastructure is non-existent or if you need a solution for local development. By this, I mean that you could build a client-side app with a Node.js development server for assets and proxying/stubbing API requests; while in production you’d handle such interactions with a dedicated proxy service (nginx, HAProxy, etc.). 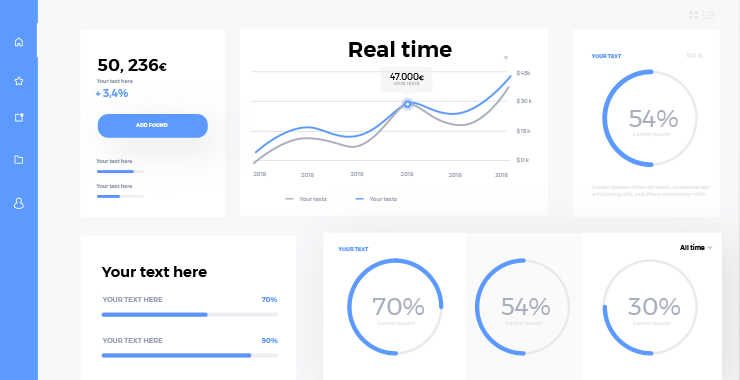 With the Node.js event loop, we can build powerful web dashboards to check service statuses in asynchronous manner and push data to clients using websockets.

Node matters more than any web technology ever around

Node.js is not only revolutionizing backend web development; it’s also bringing performance to the frontend application build in React, Angular and other frontend JavaScript frameworks and libraries. It brings noteworthy engineering to client-side. It plays an integral part in development of overall JavaScript ecosystem; the perfection of modern JS frameworks and, of course, technology stack building the future of web development—MEAN.

Angularjs Vs. React – Is The Migration Beneficial?

A common problem that most businesses face is…

Many tech companies are continually exploring the opportunities…

What can a CRM do for you this 2020? - Insights on evolving trends of CRM

The main reason for such metamorphic change is…

How Can You Determine Whether Node.Js Is The Right Technology For Your Web App Development This 2020?

Choosing the apt language for web or mobile…

Why Go With The MERN Stack For Building eCommerce Websites?

An Ultimate Guide To Hiring The Dedicated MEAN Stack Developers

We all need a gene pool of dedicated…

Why developers opt for React to Angularjs migration?

With recent trends in technology, Javascript is ruling…

Artificial Intelligence Is Setting Its Pace In Web Applications Development, Especially In Ecommerce

Artificial Intelligence is a still-emerging technology that is…

Google action is a technological sensation that is…