How the Advent of Chatbots is Giving Way to Conversational Commerce?

As per the HubSpot research report, 56% of people would rather chat than call customer service and 53% of people are more likely to shop with businesses they can chat with.

Chat is the new email and as I’m sure, most people have noticed over the last few years messaging and chat applications have come to the fore. Most millennials or people who are slightly older tend to use chat rather than email.

Chat is the Natural Form of Conversation

One of the reasons why chat or messaging has become so prevalent is this that it’s a natural form of communication. If you’re using it from a mobile application, it works seamlessly from a mobile platform. The other thing is that you know messaging and chat has come a long way. We are a generation grownup in the heels of SMS messages, AOL Messenger and now WhatsApp. We are accustomed to the conversational UI that the previous generations.

Surprisingly, Baby Boomers (age 55+) are more likely to expect benefits from chatbots than Millennials (age 18–34). 83% of online shoppers need support during shopping. 71% of people use chatbots to solve their problem fast, a HubSpot research report indicates.

A Chatbot is more Intuitive than an App 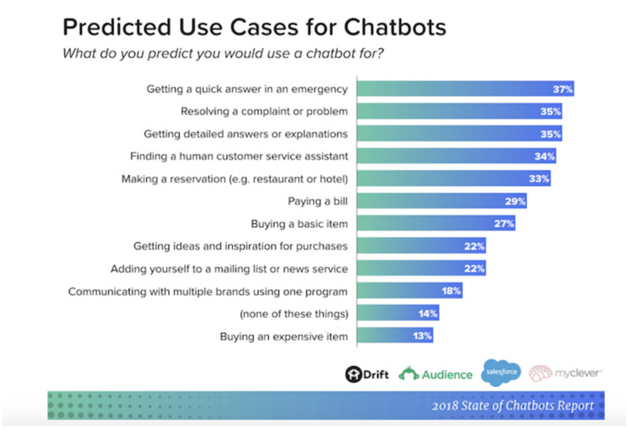 Messaging is probably one of the most popular forms of communication for our generation and before it. Chatbot are virtual assistants for communicating via messaging or chat. On the surface, they are yet another program, which communicates to a user through messaging or a chat interface. However, they don’t really issue commands. They give you a response you talk to it as you would a normal person. Chatbots target a particular use-case, provide a particular service, or focus on answering particular types of questions.

Isabella wants to use a chatbot to order some new business cards to reflect a new role in her organization. The type of conversation she might have is fairly free-form. She’s not issuing commands. She’s typing in what she wants to do so her interaction is in the blue and because she’s interacting with a chat bot which has context, it knows who she is and what she wants to do to an extent it can provide smart suggestions. 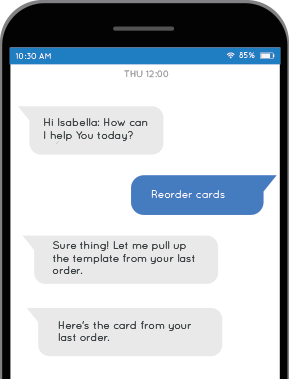 The suggestions make the whole interaction a lot simpler, slicker than it would be if you’re going to an application which you’ve never used before.

Chatbot can ask things like you know I notice that your role has changed in the HCM system would you like to use your new role in your new business cards. It gives the opportunity to reply yes or no. Moreover, it also previews a card with Isabella’s new role. 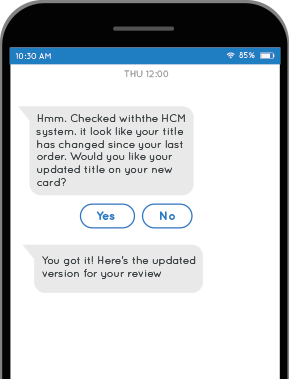 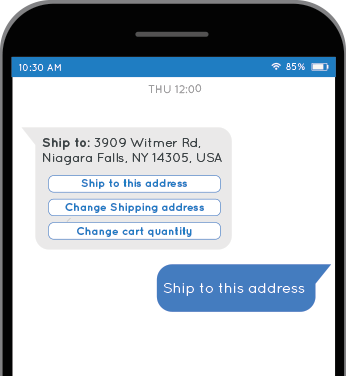 Did you notice? The chatbot made the whole process quick, simple and easy. To order business cards, she did not have to log in to any specific applications, learn how to use any particular applications and could converse with it in natural language.

Significance of Conversational Commerce in the World of Mobile Commerce 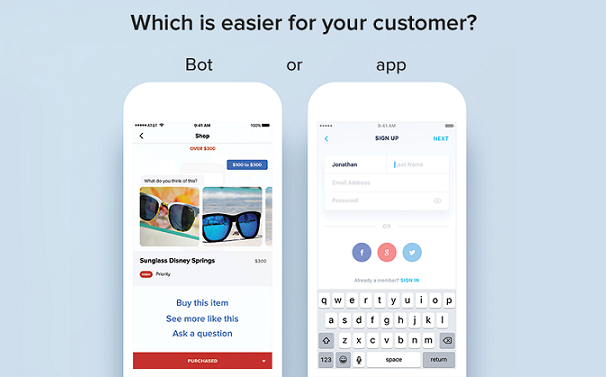 What you’re trying to get away with chatbot is the traditional user interface. You’d see with applications you issue commands, which are very mechanical. Chatbots make the experience of electronic commerce a more natural experience and with that, they bring some other concerns.

There’s no such thing as a free lunch. You make it easier to use but then you introduce other things when you’re dealing with an application, which are screens, gestures, menu, etc.

On the other hand, when you introduce a chat bot you actually feel like you’re talking to someone. You feel like they have a personality there. Other things come into play, for instance, you know you have to think about the customer sentiment. Certain tasks may not be suitable for a chatbot. if you have a chat bot to support customer support desk of your ecommerce business, it will have to handle complaints, which will make you think how the customer are going to react and how should the bot should respond appropriately.

An Opinionated Chatbot is Better Suited for Conversational Commerce 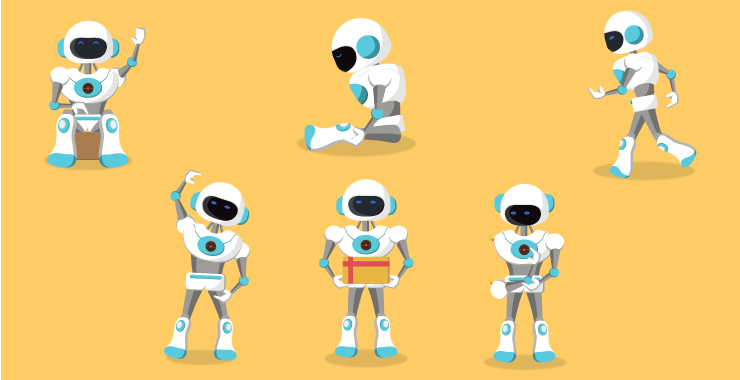 There are all sorts of different things you need to start thinking about and you might want to give your chatbot a personality. Many ecommerce brands give their chatbots names. In a sense, they’re trying to make them appear like an actual person. The usual practice with chatbots is to be very upfront with users: you’re talking to a machine, not a person.

However, inevitably people start to think the actual even though they know it’s an actual machine they’re talking to. They tend to assume that they are talking to a person but you can do clever things.

If you’ve got some context about the person you’re communicating with, you can fashion the style of conversation accordingly and build a personality around the chatbot. If they are younger, maybe they will be more formal. If they’re older maybe the type of conversation you’re having requires a different type of personality. 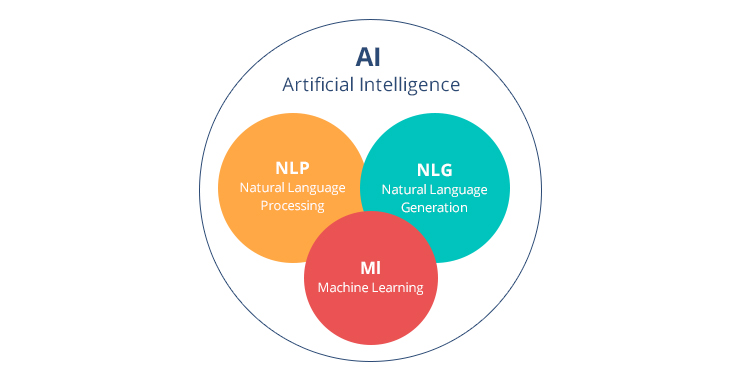 The two areas of artificial intelligence: Machine Learning and Natural Languages Processing allow to break apart the conversation or the questions that a person is asking to find out which pieces of that text are important and to determine what their intent is. Chatbots allow you to have that conversation with them because you can deduce—what they’re saying, what they actually want you to, what you want to do, what information they seek from you.

Of course, chatbots are great and can actually be fun talking to rather than just typing in and clicking on menus, etc.

A chatbot isn’t a person after all, no matter how hard it tries 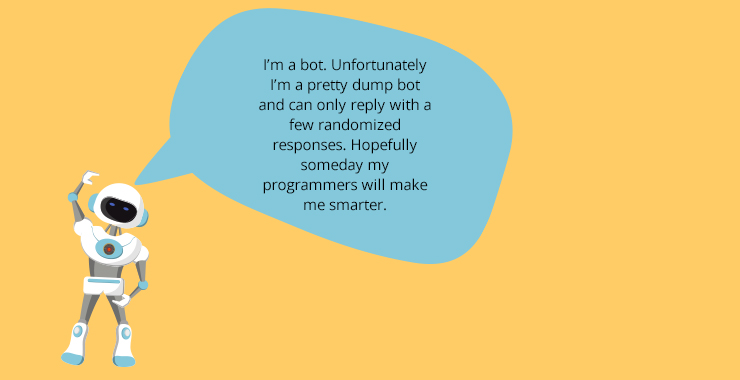 There are times when no matter how good the artificial intelligence, which sits behind a chatbot is, chatbots are going run out of answers. The questions become more ad hoc, complicated or the chat bot starts to ask things, which the chatbot was never designed to deal with and at that point you need to really hand off to a real person.

That process of actually interacting with someone via chat and then handing over to a real person, to a real service representative, to deal with customer’s questions needs to be as seamless as possible.

You need to pass the context on so that the person doesn’t have to go and ask the customer what they wanted, again. They have to go through the whole rigmarole of explaining their problem.