How to Select a Good Angular Developer Before Hiring?

A solid understanding of the Angular framework is essential for a good Angular developer. Angular does take time to learn as it is a large framework that consists of different parts and their functionality. To build a feature-rich Angular based web application requires the usage of forms, modules, components, and services. All these elements connect to give you a sophisticated solid structure. So here are a few things that you need to know before getting started on hiring an Angular developer for your applications.

What Is Angular, And What Are The Roles Of An Angular Developer?

Angular is a broad term that denotes all versions post AngularJS or Angular 1. It is a well-refined front-end development platform used predominantly for developing web applications that are responsive and dynamic.

The main activity of Angular developers is to work on the client-side to build a full-fledged and responsive User Interface for websites and web applications. Also, the Angular developer works with the creation of components, modules, and their interconnection.

If high-performance software is what you are looking for, then Angular developers are the best choice. There will also be coordination with the backend developers to make sure that the SPA construction meets with the requirements and other technicalities. Once the development phase is over and then is the testing phase. Angular developers also know about working with APIs and third-party data services.

The Essential Skills To Look For When You Hire Angular Developers: 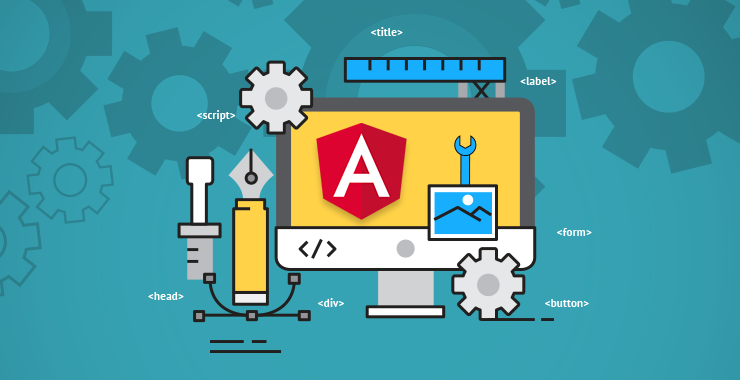 It is always a challenging endeavor to hire the right Angular developers who can effectively handle your Angular Web Development. To hire Angular developers, here are a few fundamental skills that can help you while shortlisting.

Well –versed with JavaScript, HTML, and CSS: The candidate should possess the sound knowledge of JavaScript. The developer should also be good at HTML and CSS. A strong understanding of the UI/UX concepts, elements position, and its interaction is necessary.

Hands-on Experience with RESTful API: You should hire angular developers well-experienced in REST APIs with the capability to understand the API documentation and its effective application during development.

Knowledge of allied technologies like NodeJS: Technologies such as Node and Webpack, a JavaScript bundler, can include extra features to the Angular framework. It makes the development process both effective and effortless. Knowing these different technologies can be a plus point.

Where to Hire Angular Developers?

If you are refraining from having an in-house team or require the resource for a short-term project, then hiring a dedicated Angular developer may be the best choice. Many web application development companies offer hiring assistance. It is an excellent opportunity as you gain access to resources from a pool of highly experienced and skilled Angular developers.

We, Tops Infosolutions, are a mobile and web application Development Company in USA. We offer development services and also assistance in hiring resources to work on your web application development projects. To know more, get in touch with our experts at: +1 408-400-3737