While React can be used as a base in the development of single page or mobile applications, complex React applications require additional libraries such as Redux for state management, React Router for routing, etc. Our team of React developers are up for any of those.

Redux is our state management tool of choice when it comes to complex application development in React.

To create bookmarkable URLs for your web app or a composable way to navigate in React, we prefer React Router for routing.

Axios reads asynchronous code in React to interact with Application Programming Interface (APIs). React is easy to integrate with Axios.

React Native is a JavaScript framework based on React.js for coding real, natively rendering mobile applications for iOS and Android.

React is quite an accomplished JavaScript library to build both small and complex application. TOPS has the required expertise and human resources to build your application from scratch.

At TOPS, we are at the forefront of ReactJS development services to develop PWAs and Mobile apps with extraordinary UIs.

Expert React developers at TOPS can migrate your web applications to React framework without the usual risks.

Our React developers can build an assortment of AJAX applications from desktop solutions to cross platform apps.

Our React developers build responsive templates to get your design engine up and running in no time.

We Serve Diverse Industry Verticals with Our ReactJS Development Services

We build healthcare applications using Django, React, Bootstrap and few of the React libraries from npm.

React gives your hotel management system an overhaul in terms of UX while retaining the backend.

We use existing React components and libraries to build your custom retail or ecommerce website on.

React gives enterprise app a better user experience while providing a superior level of security over others.

React is our frontend framework to choose if you’re looking to develop an education or learning platform.

A Sneak-peek of Our Expertise in React Development

An Overview of Technology-Stack that Goes Into Our React Development

We use SASS for CSS preprocessing.

Bootstrap is our favorite CSS framework.

We build React elements in JSX.

When developing Node application, Express is the first choice.

We have experimenting with Koa—fills voids in Express.js

When the backend is PHP, Laravel is where we look at.

For a Python backend, we prefer React + Flask setup.

Redis is what we use for caching in React applications.

We deal a lot in MERN stack, which MongoDB is a part of.

When write scalability is crucial, we prefer Cassandra to MongoDB.

We depreciate Flux since Redux came along.

Mobx is our state manager when developing small application.

For building UI in material design.

To give your application look and feel of Twitter’s Bootstrap.

To implement material design and built on CSS, Webpack and ES6.

Build application that work on mobile, desktop, and other screens.

GitHub is where most of our applications rest in various versions

When we need continuous integrations, we might look at

When code collaboration is the need of the hour.

When we want to automate a part of manual browser action.

We executes server source code against test code in Karma.

Mocha is our go-to browser testing tool for JavaScript code.

Is React a JS framework?

No, React is mere a JavaScript “View” library to build UI components.

What exactly is Redux I have been hearing a lot about it?

As I stated above, Redux is the state manager, a predictable state container for JavaScript apps that makes it easy to manage the state of your application. As a web app gets complex, the relationship between model and view gets complicated—when view changes, model does and vice-a-versa.

To mitigate the problem, Facebook introduced Flux to make these relations unidirectional. That is either the view changes to the model or vice-a-versa, not simultaneously. Redux is a modified implementation of the Flux architecture.

What is the difference between Flux and Redux?

While Flux and Redux share a common architecture and prescribe that you concentrate your model update logic in a certain layer of your application, Redux does not have the concept of a Dispatcher and assumes you never mutate your data. To mutate data, JavaScript developers prefer Immutable.js

Can I use my existing HTML templates in React?

Apparently, templates aren’t a part of React ecosystem. React doesn’t use templates rather React uses components. Of course, developers can add their own templates but it defeats the whole purpose of using React.

What are the benefits of using React components?

In traditional web development with templating engines like Blade in Laravel, we separate technologies/ concerns in different files. So HTML(markup) goes in one file, CSS in another, PHP(logic) In another, etc. These practices restrict the set of abstraction you can include in your UIs. Components, on the other hand, separates concerns with loosely coupled units called “components” that contain both logic and markup.

Why does React employ virtual DOM?

DOM has a tree like structure and simple change on the top level may take some time to reflect on the lower levels. This may delay UI responses and ultimately hurdles with the user experience. Fortunately, React solves the problem with a layer of Virtual DOM between the user layer and actual DOM.

Virtual DOM is a virtual representation of the DOM, and it stays on the memory rather than user screen. An algorithm keeps a track of the changes made on the virtual DOM and determines which changes must make it to the real DOM and, thus, user screen. 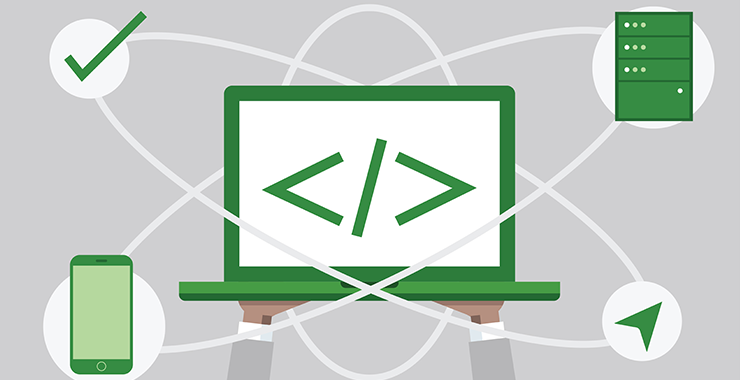 Why Choose React for Front-End Development? 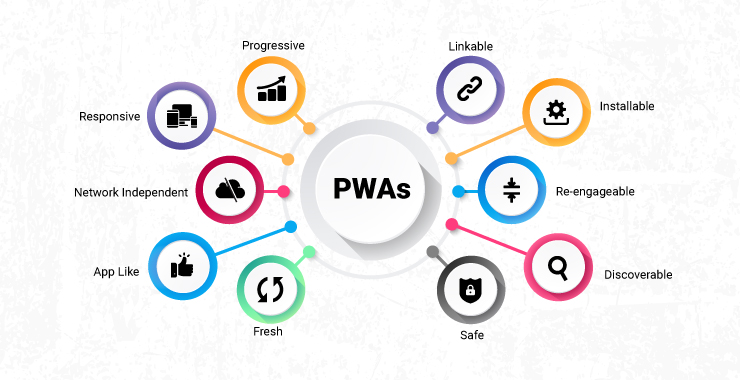 What our clients have to say...

"I have been working with TOPS for nearly six years. My number one go to people for creating and maintaining my own creative projects."

"Dealing with TOPS Infosolutions has been a pleasure. They are quick to respond and action all our requests and have always met any deadlines we have had. Would absolutely recommend there services to anyone."

"Exceptional work. Working with TOPS's team of professionals is an absolute pleasure. We have an enjoyable time engaging for our mobile apps development and it was all done as promised. Consistent communication and pace of delivery is what I appreciate most about working with this group."

Brief your idea and we’ll get back to you