Angular with other frameworks

AngularJS- Champion amongst other frameworks

AngularJS is one of the most prominent Java based frameworks by Google which is mostly used for developing web based applications. Being the most flexible languages in the world, it is also the most simplistic MVC implementation. The Angular 2 update is mobile oriented and component based and additionally it is completely rewritten one.  AngularJS lets you to use HTML as your template language and enables to extend HTML’s syntax to express your application’s components clearly and briefly. Data binding and dependency in AngularJS lessens up much of the code and that makes it an ideal partner to gel up with any server technology. AngularJS was originally started as a project in Google, but now it is an open source framework.

Some benefits of AngularJS 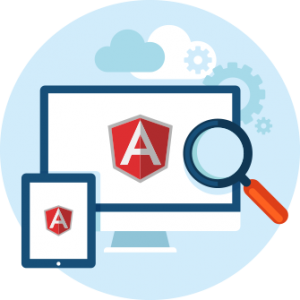 See how we turned ideas into reality. Glimpse of our assorted collection Visit Our Portfolio

Get a Free Quote

We extend our hands to help you with increasing ROI and automate mission-critical workflows.
Our experts will get back to you with a free, no-obligation quote.
GET A FREE QUOTE
Quick Inquiry