How Will MEAN Stack Development Add Value to Your Business?

MEAN stack garners interest of many technology firms that have existing investment into JavaScript realm whether in the form of software infrastructure or human resources. In addition, SMEs, in various industry verticals with little to no investment in web technologies, are looking at MEAN stack as the web development stack to replace their existing, hard-to-maintain apps in LAMP stack. After all, MEAN stack is everything businesses have been asking in a development stack. Isomorphic coding makes way for seamless interoperability between the two ends, lower utilization of human resources, re-usability of software components, cost-reduction and rapid cloud deployment of business apps.

Further, MEAN Stack is JavaScript, front and backend, which means a JavaScript developer can switch between client and server side of a business application without much fuss. No doubt, many businesses are looking at MEAN Stack development to build fresh business apps or replace existing ones. It brings a number of business benefits.

It Leverages on Existing Resources and Infrastructure

Since MEAN Stack is JavaScript at both the ends, a developer can easily switch between frontend and backend part of the development for a greater integration amidst the software sides. With no assigned roles, developers will work towards project completion rather than fulfilling their roles. 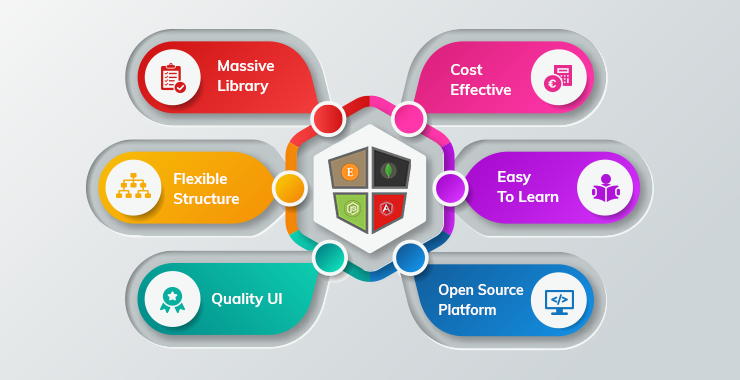 MEAN Stack is amalgamation of cross-platform technologies: MongoDB, Express.js, Angular, and Node.js and is thus cross-platform itself. The resulting code is platform independent. You don’t need specific hardware to run it and your existing IT infrastructure will work quite fine.

All in all, developing in MEAN stack doesn’t require you to make any additional investment. In most cases, your existing resources and infrastructure will do just fine.

It will Deliver the Ultimate User Experience

In MEAN stack app development, same set of developers develop frontend and backend. While in traditional web development where everything from frontend to database needs separate development teams to collaborate at various level. This often leaves too many gaps to fill at the end of each development cycle. 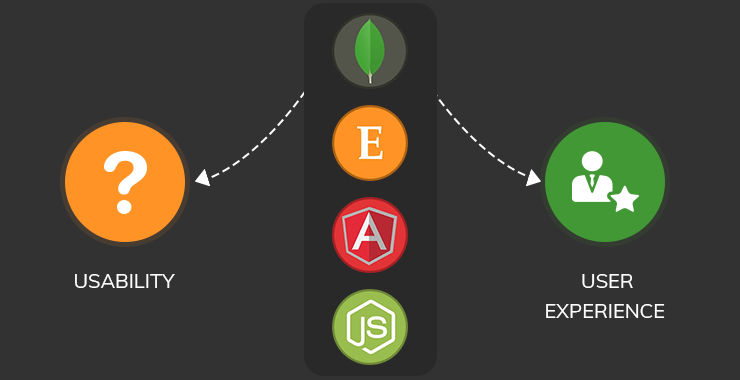 When the same developers create both side of the web application, those sides can communicate better; making way for tighter integration between the client and server side, which directly translates to top-notch user experience without too many caveats.

MEAN stack indeed adds value to your business by allowing you to develop advance business applications, which were previously were too complicated to implement or, even, impossible.

Web applications developed in MEAN stack have codebase written entirely in JavaScript. In fact, the isomorphic code functionality lets developer use the same set of JavaScript code between the components of MEAN stack. A function written for Node.js can very well be pasted into Express.js with little or no changes for the same results. 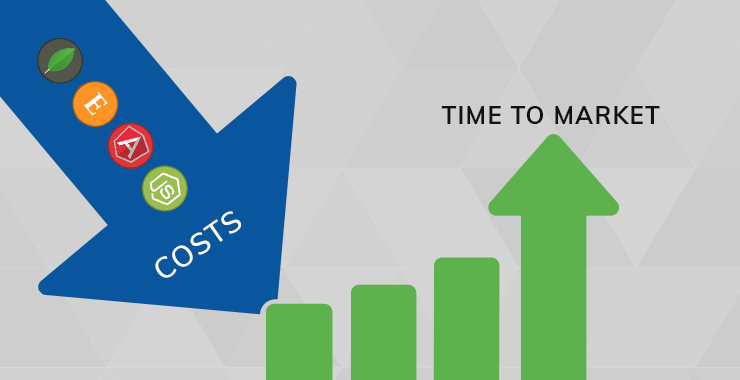 As the same team handles every part of the development from server configurations to database utilization, resulting business apps are well integrated between the software components. Even when there are voids between the components, any person of the development team, to save time, can fill it without having to collaborate with a member of other team. The same goes when developers are debugging the application before the first build.

Since the development can monitored closely in case of MEAN application, the resulting business apps tend to take far less time to market, which is exactly what businesses are looking for nowadays.

They are Easy to Maintain and Add Features to

Ask any scrum master, web development, with so many technologies involved, is a hard nut to crack when going all-out agile. Your MVP might take forever to reach the hands of your users and when it does, it might not deliver the business value you expected. At this point, businesses either abandon the app altogether or end up with weird user stories tied to strange personas, which give birth to unwanted features that your users will seldom use.

When such distorted business apps enter the market, they are costly to maintain as businesses have to keep subset of all the teams involved in the development during its lifetime in order to keep it usable or when adding unwanted features. 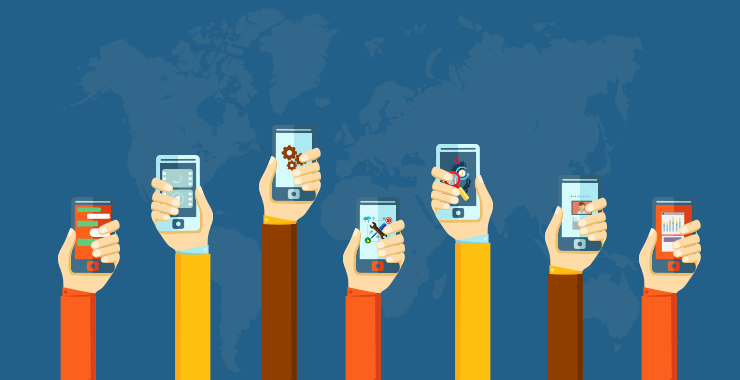 Applications developed in MEAN Stack addresses many complications associated with traditional web technologies by bringing every part of development into JavaScript realm. Since a single JavaScript developer can maintain your app, you don’t have to run whole lot of maintenance teams and, thus, you can maintain your business apps at the fraction of cost.

In today’s date and time, businesses want their apps as high performing as any other consumer-centric app in the market. SMEs are already making strides into the world of PWAs, which are as good as mobile apps when running in a web browser environment.

PWAs built in MEAN stack work offline and don’t have to be constantly updated for each server request. When needed to be update; PWAs, in real-time, only update a part of the UI rather than the entire webpage unlike traditional web apps that reload after each click or tap.

Resulting real-time applications are turning out to be the gold standard of web development in the business world.

With so many benefits MEAN stack and JavaScript bring, including the cost benefits, it’s high time businesses must adopt to these gold standards of web development if they are looking for highest performance to cost ratio. Not to mention, they can finally replace their legacy web apps with those coded in JavaScript under MEAN stack. They can do so without the need of additional resources and investment in IT infrastructure.

Even if they don’t have the infrastructure in place, MEAN stack apps are easy to deploy on cloud. For additional resources, they always hire a cloud team to collaborate with their in house team.

For example, TOPS has a team of 30+ MEAN stack developers, who are ready to collaborate with you in any existing or new MEAN stack project, business apps or consumer apps.