What are the Best Node js Frameworks?

Node js turned the tide across web development when it brought JavaScript under aisle of backend development and made way to fullstack development entirely in JavaScript. JavaScript has been a dominant frontend technology–alongside HTML and CSS–since the days of Netscape. However, its existence as a backend technology was next to none until 2009 when Ryan Dahltook Google Chrome’s V8 engine, which is normally confined to the browser, added an event loop, package manager and a low level I/O API, embedded inside a C++ program and called it Node.

The possibility of writing backend code in JavaScript opened a whole new world to web developers, who could now access the files, listen to network traffic and HTTP requests, access databases directly, etc. all with a line of JavaScript code. This led to many Node js frameworks. You all must have heard of Express but there is more to Node js.

There are tens of Node js frameworks available each overcoming a specific limitation of standalone Node package. Of course, all the frameworks I am going to mention here are available for download on your favorite package manager.

Express is the most popular Node js framework and a component of MEAN stack. A majority of full stack developers employ the Express framework to setup an HTTP server in Node js with easier to use, feature-rich Express APIs. Express APIs, essentially, add a set of additional features to already robust Node js API architecture without overriding it.

However, Node js has its own share of limitations. The most profound of them is Express requires a little more manual actions than most JavaScript developers are accustomed to. Alienated developers may also dislike the larger footprint of web applications developed in Express.

This may make you ask the question,“why is it still so popular?” The obvious answer is Express has its own little ecosystem of itself. That is a Node js developer can easily extend Express, which is itself an extension to Node, with an Express Framework framework like Kraken.js. Kraken.js isn’t the only one. 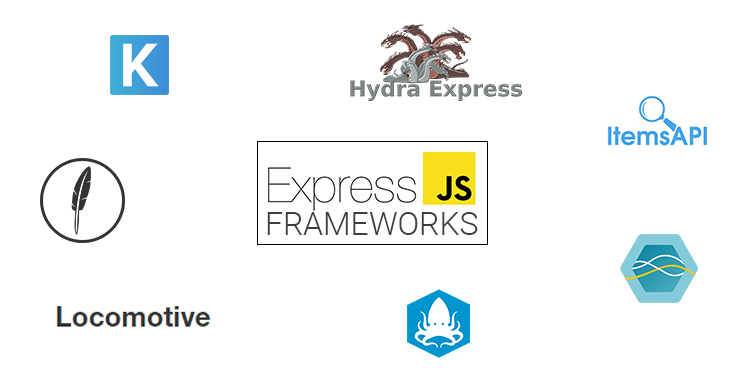 This level of extensibility has garnered Express.js support of major startups into mobile space: MySpace, PayPal, and Klout, which, gradually, led to wider developers’ and makers’ adoption and attention respectively.

What happens when one of the Fortune-500 companies turns up against the likes of Amazon and eBay on Black Friday to compete in online sale finds Express.js a little short of their expectations? It commissions Hapi.js, a Node framework that builds on the shortcomings of Express and shares the same codebase.

Express is a lightweight framework perfect for building your next single-page application on. If you expect your server application to scale at the enterprise level, then this isn’t the framework I would recommend. I am not commenting about the final application’s performance as it would behave as would any other JavaScript application.

Hapi addresses the biggest shortcoming Express.js has that makes Express unsuitable for developing enterprise applications—the inability to split code into small chunks. Enterprise applications can go thousands of lines of code and are, generally, coded by distributed engineering teams. The inability to split codes into small chunks bounds achievable code distribution amongst teams or, in terms of enterprise developers, limits extensibility and maintainability.

Hapi.js is extendable with a rich set of plugins for adding enterprise functions to a Node application, including authorization, authentication, metrics, and logging. Hapi developers tend to focus more on writing reusable application logic than spending time building infrastructure. OpenTable, Macy’s, Condé Nast, and Disney are users of Hapi.js.

Koa.js is once again a Node js framework to build applications and APIs on. Koa is the brainchild of initial contributors to the Express.js project on GitHub. It works more or less like Express, except it uses generators to manage callbacks and is more tolerant to errors.

Developers developing applications that will generate too many callbacks can save many complications by choosing Koa over Express.js. 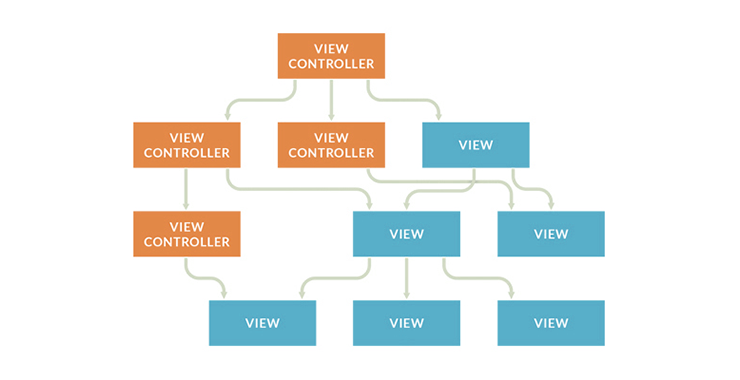 All the above Node js frameworks are great for building server applications but not creating complete web apps with frontend and backend. For building a web application, developers ask for MVC frameworks like Ruby on Rails or Laravel. Total.js is a sort of MVC framework that is built upon Node js like others in the list but provides approachable endpoints to integrate database and frontend technology of your choice.

The Node part of Total.js, in addition to a full web server, includes SMTP mail client, image processing algorithms and web socket among a few. At the time of writing, Total.js was compatible with Angular, Backbone, React, Ember, and of course, Bootstrap when it comes to front-end frameworks and MongoDB, CouchDB, PostgreSQL, SQLite and MySQL when it comes to databases.

Sails.js is Ruby on Rails equivalent on JavaScript, particularly when handling HTTP requests. I mean it is a MVC micro-framework for building full-stack enterprise applications very much like Total.js. Sails.js is compatible with most frontend JS frameworks Total.js is.

The two chief ingredients of Sails.js are Express.js and Socket.IO. The ability to generate RESTful JSON models with support for WebSockets and HTTP makes Sails.js a perfect framework to write data-oriented and real-time applications like chat portals.

Meteor.js even has default elements for every component in its web development stack. Of course, they are interchangeable but this makes the framework less flexible.

Also, DerbyJS is an MVC framework. That is, the view is updated every time the model changes. Also, DerbyJS applications are search engine friendly.

Socket.IO is platform agnostic and goes with almost every device, OS, or browser. One of its tops clients is Flightcar. FlightGear, as the name suggests, rents cars from the airport while traveling.

When it comes to supporting for databases, LoopBack supports all major database systems: Oracle, Mongo, and SQL. StrongLoop is a special version of Node js and a stress-free API tool for Express professionals.

This fast, lightweight Node js server builds reusable, scalable API servers that are inter-compatible and are backward compatible. By using the same API code for HTTP and socket transports, it gives access to APIs and any static data on the server to an authorized client.

The Node js ecosystem is vast and will only grow in the future. Most of the Node js frameworks described above are quite mature and backed by a large community. Node, or JavaScript, as a back-end technology makes for fantastic real-time applications for collaboration, chatting, etc.

Since most of the mentioned Node js frameworks are either based on Express or built by the same team, they share a lot of common features and, thus, give an easy switch to developers moving from one to another. A developer moving from Express to StrongLoop for developing an API server will only take a couple of hours to make the switch.

While I am not a big fan of opinionated Node js frameworks and would prefer lightweight Express with little additions, these MVC frameworks lets you build fantastic applications without paying too attention to setup and thus saving you a lot of precious time.

What are the best Node js frameworks used for development?

Why does Node js have so many frameworks?

Writing backend code in JavaScript is possible, and this opened a lot of opportunities for web developers. They could now access the files, access databases directly, listen to network traffic and HTTP requests, and do more with a single line of JavaScript code.

Why is the Express framework still popular?

It is because Express has its ecosystem that lets a Node js developer easily extend Express, which is an extension to Node.

When can Node js be used?

Node js can be used as a backend technology for real-time applications, especially those involving collaboration, chatting, etc.

What are the best Node js frameworks used for development?

Why does Node.js have so many frameworks?

Writing backend code in JavaScript is possible, and this opened a lot of opportunities for web developers. They could now access the files, access databases directly, listen to network traffic and HTTP requests, and do more with a single line of JavaScript code.

Why is the Express framework still popular?

It is because Express has its ecosystem that lets a Node.js developer easily extend Express, which is an extension to Node.

When can Node.js be used?

Node js can be used as a backend technology for real-time applications, especially those involving collaboration, chatting, etc.