In the last blog in React Native series, I comprehended with the help of the architecture diagram that React Native bridges the gap between JavaScript and Native components. The performance of piece of JavaScript code is equivalent if not better than ideal native code. However, that is not the case with the bridge though. 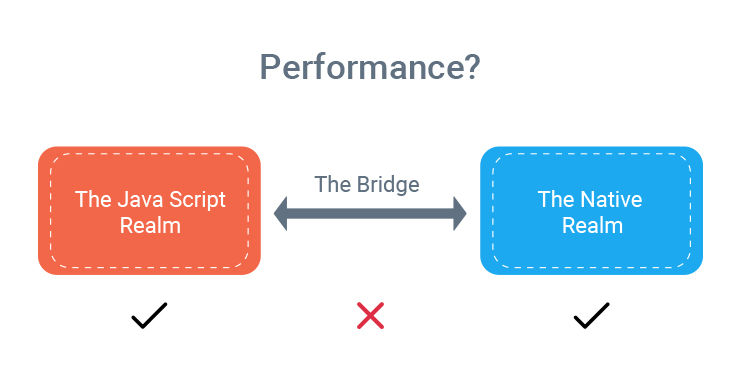 Keep passes over the bridge to the minimum for maximum performance

This brings us to the conclusion the key to writing performant React Native apps; the key to designing them is to keep passes over the bridge to a minimum. 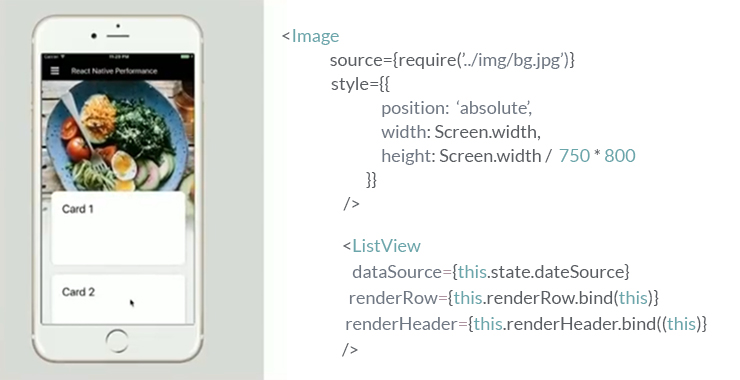 The layout for this screen is very simple.

Set State from JS on every Scroll event

First of all, we have the ListView and if you actually hold a ScrollView, you can actually supply thescroll view by yourself to ListView with a prop called RenderScrollComponent. 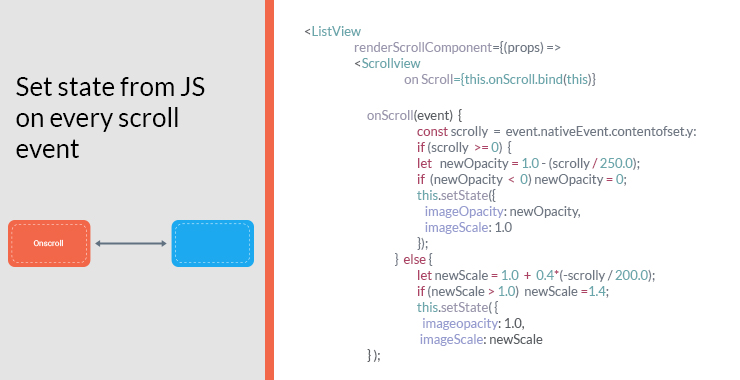 Performance Analysis: Passes over the bridge 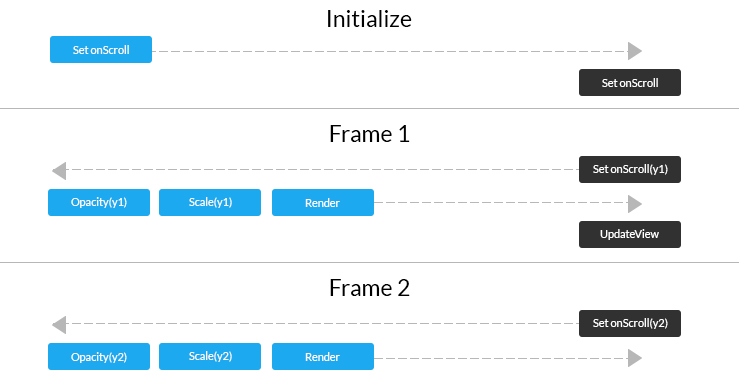 When we set the onScroll event, we actually have to go over the bridge and set down scrolling native because the view underneath is a native view. We set the scroll, the user starts scrolling, and we have a scroll event. The scroll event is a native event because all views are native.

The events emerged from the native side but our logic that calculates own scroll is in JavaScript. Thus. we have to change and go over the bridge again. We calculate opacity and scale in their own scroll function in JavaScript as I showed you before and then we rerender. When we render the views the properties have changed have to go over the bridge again because the view itself is a native view.

We have to go once again and update the view itself. On the next frame, the user scrolls a little bit more.

Conclusion: Data cross the bridge on every frame

Want to reduce traffic on the bridge?